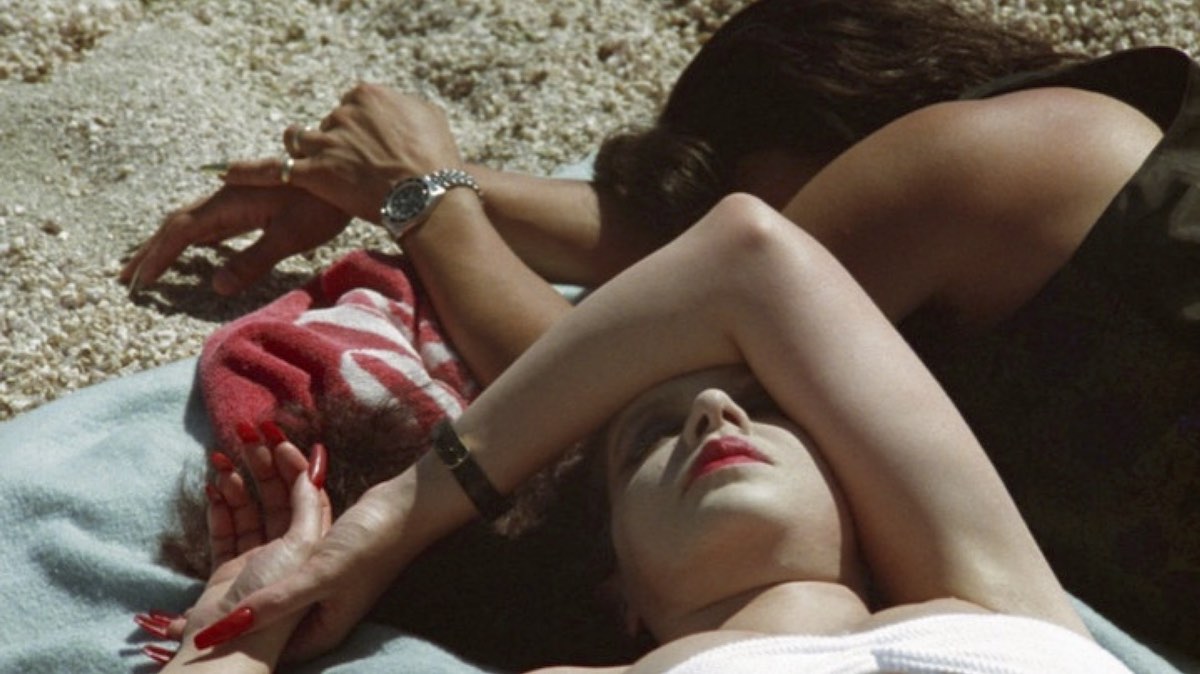 Set in a hallucinatory Las Vegas landscape and breaking new ground in cinematic language, Queen of Diamonds tells the story of disaffected Firdaus (played by the directorʼs sister Tinka Menkes), a struggling Blackjack dealer at the Par-a-Dice casino, who is faced with a missing husband and neighbouring domestic violence. Awash in lush, hypnotic images, the action takes place between glittering casino lights and a deteriorating desert oasis. Loner Firdausʼ world unfolds as she drifts through a series of mundane, surreal and menacing encounters, with death and violence ever-present. Described by Menkes as ‘my very personal portrait of the US: an over-enlarged, profit-motivated core surrounded by mute and arid alienationʼ, the film is a remarkable and provocative masterpiece of American independent filmmaking, ripe for critical evaluation.

Restored by the Academy Film Archive and The Film Foundation with funding provided by the George Lucas Family Foundation. An Arbelos FilmsRelease.

The EOS WORLD FUND seeks to cultivate and support established and emerging female artists around the world through media finance, community, education, and distribution.

Sign up for the latest news and VIP access to behind the scenes footage and photos.
Thank you! Your submission has been received!
Oops! Something went wrong while submitting the form.